Canada is known worldwide for many good things. Food isn’t one of them. Everyone knows about the snow, the lakes, politeness, standard of living, though for a country that large she comes off as rather shy on the world scene. (She is large sizewise, don’t forget; when it comes to population, she barely beats Morocco and loses to Poland.)

Everyone and their mother knows about the Canadian winter etc, but what the people there actually eat remains a mystery. Surely they eat something, and, being as human as the rest of us, they make sure that it tastes fine.

Canadian beef, for one, is to die for. It melts in your mouth as if it were veal. Unlike some countries we know, however, which, out of embarrassment, would like to remain incognito here, it is illegal to slaughter young calfs in Canada. It’s possible that it shows in the taste of the meat that the cow was not put through such heartbreak, its tenderness having not gone at all sour despite her years.

As it is a land of immigrants, naturally many recipes have been brought over across the ocean. You can find in Canada all the foods of all the people living there. (Remember that Toronto is second only to London as the most multicultural city in the world, and Vancouver’s nickname in Canada is Hongcouver for a reason.)

But are there any foods that have sprung up there? Canada is rather young, barely a babe as nations go, there being grandmothers almost as old as her in the Old World.

The actual origin of many a dish worldwide remains a mystery, and is often a matter of contention. Take cabbage rolls for example. Somewhere, somewhen, a woman did what no other woman before her had done anywhere in the world: she decided to roll some minced meat up in a cabbage leaf.  Perhaps it happened somewhere in Central Europe. We just don’t know. It escapes the historical record, focused as it is more on largeness, rulers and battles and such. In any case, her kids were clearly impressed, her neighbours caught on, and from there it spread far and wide. By the time history took notice, cabbage rolls were everywhere.

Recently there is a fad among nations to copyright and claim food and drink creations as their own against each other. Plum brandy comes to mind, belonging now legally to Germany – though everyone in the region knows where the best plums are grown. Serbia is the third largest grower of plums in the world, the first being China, and the second being a country whose name escapes memory. Not Germany, in any case, not by a long shot. Even the name Germany has now made its own and no one else’s, Sliwowitz, is the Slavic name for the drink. Be all that as it may, we just don’t know where the actual first plum brandy was brewed, and so all is up for grabs. As it’s said in Serbia, the first to reach the girl gets the girl – and the last to reach her gets a wife.

Coming back to Canada, her youth helps us in this matter. Leaving the natives aside (as she is wont to do) all her history is recent history. We should be able to tell which dishes are her very own.

The one dish we know has sprung in Canada and went on to win international acclaim is poutine. A hearty, folk Quebecois concoction of French fries, cheese courds, and gravy is as tasty as it is filling, even if it isn’t the healthiest dish in the world, what with the French fries, according to the latest evidence, being perhaps the largest culprit behind the heart disease pandemic of the last 50 years. Indulge mindfully, then, and at your own peril.

Canada’s national drink, the Bloody Caesar, is the other invention with anything like worldwide fame, but a cocktail is not food, though the Caesar is perhaps as close as a cocktail ever came.

And there we should stop for now, strictly speaking, as everything else of cuisine that is delicious and indigenous to Canada has not really spread Canadawide even, let alone to the rest of the world. There are some fine seafood dishes that deserve mention – Canada doing a good, perhaps the best part of its cooking on coasts both Pacific and Atlantic – and the wild game dishes of moose and caribou are certainly hers and hers alone, but the caveat at the start of this paragraph makes us keep mum. There is a reason why Canada isn’t known for its food, and that’s fine. She can’t be the best in everything, and surely she’s gracious enough to let the rest of the world have this consolation prize – and eat it too. 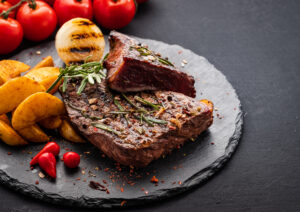 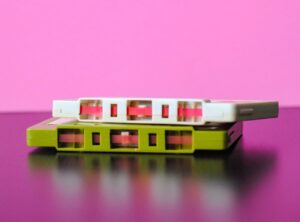 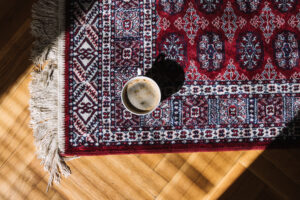